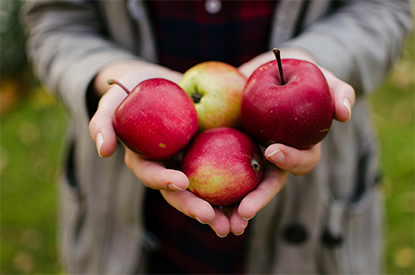 Have you ever heard the famous phrase, “Sin is sin. It’s all the same. There is no level of sin. All sin is the same in God’s eyes. Any sin is sin, and there is no difference. There is no such thing as a small sin or a large sin”? Sound familiar? From the outside, that sounds about right. If you just think about it, it seems that if sin means “to miss the mark,” and if all sin misses the mark, then sin is just sin; all sin is the same because all sin is missing the mark. Jesus is the answer for all of it anyway, so you might say, “Does it even matter?” My thoughts are if the Bible speaks about it, then it’s important. It might surprise you to know that the Bible does speak about the subject, and contrary to popular belief, the Bible does tell us there are levels of sin and that even some sin can cause greater judgement in the afterlife, while some sin can cause greater judgment right now in the life we are living. Some sins can even lead to death itself.

Let’s look at a famous verse that clearly shows that sin has levels. It comes from the Master’s lips himself: Jesus Christ.

“Then Jesus said, ‘You would have no power over me at all unless it were given to you from above. So the one who handed me over to you has the greater sin.’” John 19:11 NLT

Jesus was telling Pilate that even though Pilate was about to do something sinful, and he would pay for it in the life to come, the people that delivered Him up to Pilate to be crucified had committed the greater sin. Right there it is in black and white (or red if you have a red-letter edition). Jesus Christ says that there is a greater sin and a lesser sin. What makes sin greater or lesser? It seems to be connected to your heart, motive, and who you are sinning against. Let’s look at another passage that makes it quite clear that all sin is not the same and that some sin could even lead to death.

But the person who is joined to the Lord is one spirit with him. Run from sexual sin! No other sin so clearly affects the body as this one does. For sexual immorality is a sin against your own body. Don’t you realize that your body is the temple of the Holy Spirit, who lives in you and was given to you by God? You do not belong to yourself, for God bought you with a high price. So you must honor God with your body. 1 Corinthians 6:17-20 NLT

The Bible says that a Christian is joined to the Lord directly: Spirit to spirit. It says that there are many sins but that we should run from sexual sin. Why? Because it’s different from other sins. It is a sin against the body of a Christian, and our bodies are the temple of the Holy Spirit. Why is it so important that we make sure that we are not sinning against the temple of the Holy Spirit and that we are no longer in charge of our own body? God owns us because He paid a high price for us.

Here is what the Bible goes on to say about this.

“God will destroy anyone who destroys this temple. For God’s temple is holy, and you are that temple.” 1 Corinthians 3:17

You may say, “What does that mean?” I’m not exactly sure, but it doesn’t sound good at all. The word destroy means “damage, defile, corrupt, destroy, or perish,” so it sounds very serious. It seems that based on the heart of a person, it could mean different things for different people, but one thing is clear: if we defile God’s temple, which is our body, God will allow judgement on us, including allowing us to be corrupted or damaged, leading all the way to perishing or being destroyed.

Here is what Peter says about sexual sin in particular.

“He is especially hard on those who follow their own twisted sexual desire, and who despise authority. These people are proud and arrogant, daring even to scoff at supernatural beings without so much as trembling.” 2 Peter 2:10

In this verse, Peter is speaking of judgment after this life. In verse 9, he says that God knows how to rescue the godly from temptation but also how to hold UNDER JUDGMENT those who died without Christ until the day of the Lord. He speaks of angels and people alike who rebelled against the Lord. He said God knows how to be patient, but He also knows how to punish those who turned away from Him, and that on judgment day, He will be especially hard on those with sexual sin. It sounds like there are definitely levels of sin and consequences that vary.

The Bible speaks of people who sin versus those who sin “a sin unto death.” It says to pray for those who sin, but not to pray for those who have sinned a sin unto death. Essentially, the Bible is saying nothing can be done in that situation. It is unclear what the Bible is speaking of here when it talks about “a sin unto death.” Some say this is unbelief in Christ, but the context seems to be talking about believers. The Bible is telling you to pray for them to recover from whatever they are going through, but if they have done something that is bringing them to the point of death, prayer won’t work. I know that I have gone to pray for people on their deathbed before, and the Holy Spirit said to me, “There is no reason to pray for this one. They will die. They have sinned unto death.” If you are worried, “What if I have sinned that sin?” You have no reason to worry about it. If you had sinned a sin that “leads to death,” as one translation puts it, you would probably have a hard heart and would not care about such things. Someone who has a repentant heart hasn’t committed such a sin. In addition, someone who has committed such a sin would most likely die quickly, as Ananias and Sapphira did. If not that quick, pretty quick. Judgement has been cast, and that is the end of it.

Jesus is the answer to all sin. If you are unsaved, believe in Jesus. Call Jesus Lord and ask for His forgiveness. If you confess Jesus as Lord and believe that God raised Him from the dead after He died on the cross for your sins, you will be saved. This teaching also has consequences for the saved. In 1 Corinthians 11:27-32 and Hebrews 12:5-13, it talks about judgment being on people because of sin. You have seen from today’s teaching that some sins are more severe than others and can result in terrible consequences, even though God loves you. He disciplines you, so you will repent and change. Some sins are more severe, and some consequences are more severe. As we see in 1 Corinthians 11, some believers were getting sick, weak, and some were even dying (a sin unto death maybe?) So as a Christian what should you do? Obey 1 John 1:9: “If we confess our sins, He is faithful and just to forgive us our sins and cleanse us from all unrighteousness.” That is a promise. If you will have an open heart, confess your sins and repent and turn, God will forgive, remove any judgment on your life, and you can walk free of those things. I pray that the Holy Spirit will put this deep in your heart.

President, Agape International Ministries
Until Every Tribe Has Heard

One thought on “Is All Sin the Same”