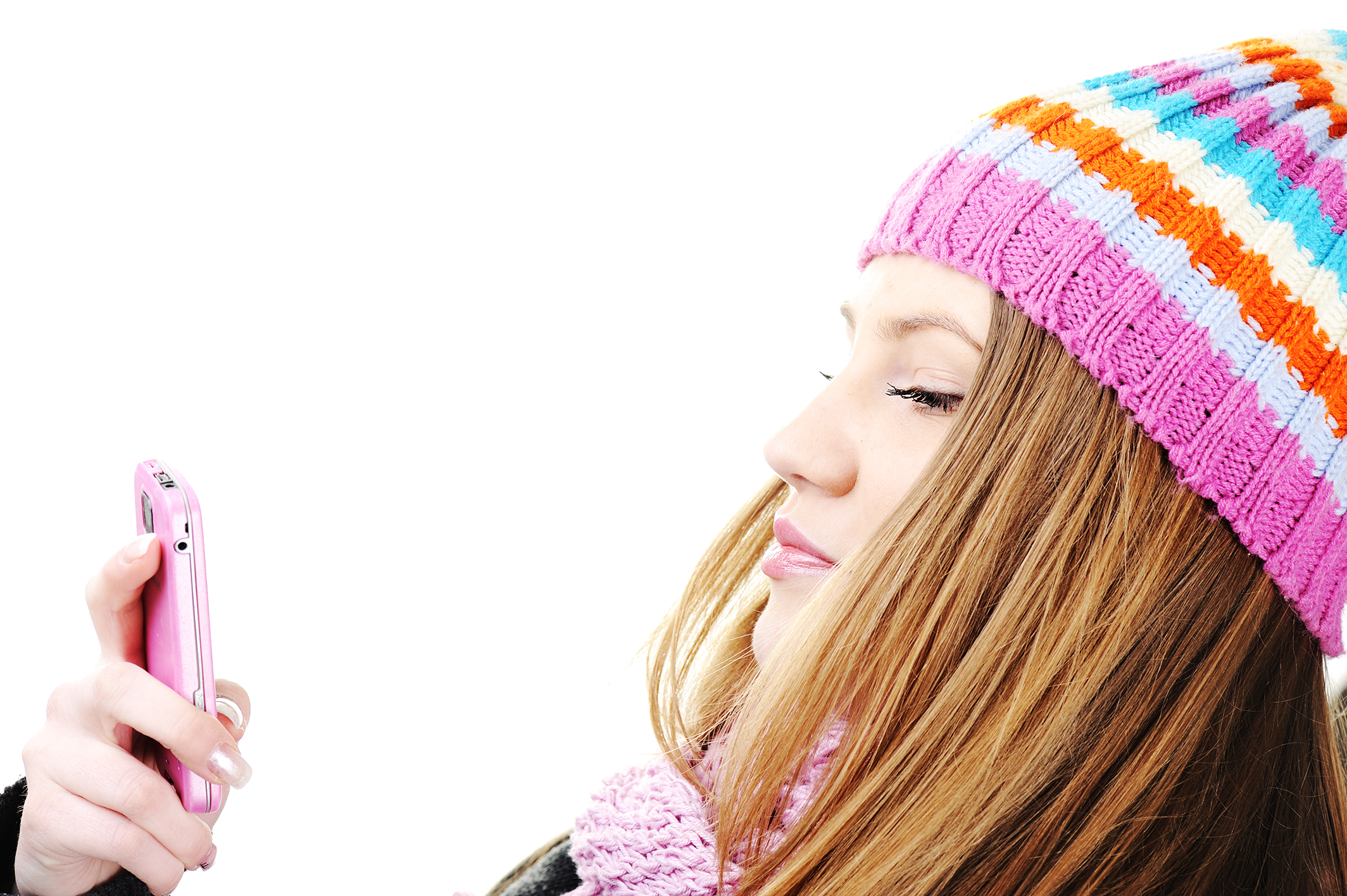 Secret Apps, Sexual Confusion, and the illusion that your teenager is doing right when most are involved in a very dark web.

You will be quite broken the first time you realize that your child’s innocence has been stolen. Most people will never know until the damage has already been done. A shocking statistic that came out recently by a group called Youth First says that the average age at which a child sees pornography for the first time is 11. Most Christian parents think they have protected their kids from that. Did you know that the block your carrier lets you put on your phone to give you peace of mind only works when the phone is using data from your provider? They do not block pornography–or anything–when your child is using WiFi. I was shocked when I found out that my carrier, Sprint, had given me false confidence that I had blocked everything. I had blocked nothing. Sprint only blocks the unwanted content from using their 5G networks. They allow the phone to access anything your child wants if the phone is on a WiFi network.

Most kids are so messed up that by the time they are ready for marriage, their chances of a normal sex life between one man and one woman are almost nil. Pornography is the tip of the iceberg. There are apps that look like games or calculators or other things hidden on most kids’ phones right now, and if you knew what was in there, what they were saying about you and about your family, you would not only be in shock, but it would make you sick. We saw a teenager who was caught saying these words about her mom, “That fat b*tch has no idea what is coming to her. I am going to murder her one day.” Her friend’s reply, “Haha, but for real that’s a little intense.” The girl said, “I’m not joking, I’m going to kill this b*tch one day.” Meanwhile, the mom makes dinner, takes the girl to her cheerleading gigs, tells everyone how proud she is of her, and gives her everything she wants.

This type of talk is common, and I don’t mind being the bad guy that “ruins” the relationship you thought you had with your kid. It was fake. Your child used the niceness so that you would not look too closely at his or her phone. It doesn’t take an FBI agent to get into your kids’ stuff either. A little digging, and you will find things that you would never have thought you would find. Oh, and nothing is really ever deleted from a phone. It’s time you had that talk with you kid. If your kid has sent or received sexual images of other kids their age who are underage (including his or herself), your kid can be arrested for sending and receiving child pornography. Gen Z is a sick generation. Don’t watch the show “Euphoria” unless you want to be introduced to the dark side of what your kids are doing. The problem is you must see a lot of sick pornography to see one of their favorite shows. Hundreds of penises and every kind of sexual perversion, overwhelming drug use, sexual confusion, trans kids, bi-kids, and everything in between; it is indoctrinating your kids and desensitizing them so that they think this is how normal high school life should look. It is anything but what normal life should be. However, more and more, this is becoming the norm with code names being given for certain apps, certain sexual favors, and they aren’t even embarrassed if their nude gets passed around anymore. In some cases, they are excited that some of the older kids are into them.

Did you know that they are proud of what they are doing as foretold in Scripture? “People will be lovers of themselves more than lovers of God, proud, arrogant, God haters, lovers of pleasure, disobedient to parent.” God goes on to say judgment is coming to those engaged in this, and the Scripture proclaims that God will be “especially hard on those committing sexual sin” because the “body is the temple of the Spirit, which is holy,” and “anyone who defiles God’s Temple, God will destroy that person.”

Here is a powerful quote from Youth First: “Youth that view pornography once a month or more are at a greater risk of developing depression, anxiety, sexually permissive attitudes, preoccupation with sex, inability to distinguish between fantasy and reality, unrealistic ideas about sexual relationships, insecurities about body images in females, and insecurities about sexual performance in males.”

What Will This Lead To?

Besides the obvious STD’s and early pregnancy, how about rape? Murder? Heavy sex life from an early age? This leads to the inability to have intimacy with others. This leads to a high level of divorce. But also, sex is a gateway drug. The same endorphins that are released when a person has an orgasm are the same ones released when they do drugs, drink, or get pleasure from overeating. The euphoria that one gets from sex is far more addictive than drugs. Drugs come in second. Then, alcohol, and finally food addiction. When are we going to make it illegal for someone under the age of 25 to see pornography? It’s proven now that your brain isn’t developed until you are 25. By that time, a kid has been looking at the sickest level of pornography that you can imagine more than half their lifetime. They are embarrassed to get help, and therefore, so many make fun of sex addiction. If you self-pleasure to pornography several times a week, you are already a sex addict, but most have gone on to much harder stuff by now. Our country has been weakened by all things sex. We have a mentally-deranged society that doesn’t know what normal is anymore. They see normal as, “If it feels good, do it.” If you are doing something nasty, and it feels good to you, you need to be born again.

Genuine Christians hate sin. Sinners love sin. If you love sin, you are a God-hater. If you are completely at the mercy of pornography and abnormal or alternative sex, you can be delivered. First, admit that you have a problem. Repent. Jesus Christ died on the cross to carry your sexual problems upon himself at the cross. He was buried, and He rose from the dead to show that He is truly the Son of God. He went through that to free you from sexual sin. It begins with repentance and faith in Jesus Christ. Find someone to baptize you in the name of Jesus Christ for the remission of your sins, which may include many of the things I mentioned, and you can learn to replace all those images with godly things, and you can be delivered. You need to be in fellowship with godly people that will help you.

What Can Parents Do?

First, repent for blindly trusting your kids. Nine out of ten are involved at some level of a secret sexual life online. Assume yours are. Don’t take their word for it. Tell them you have had it checked out, and you want to know what they found. They may tell you everything right there. But once you find out what they have been up to, it is going to upset you. Gen Z is the most lost generation in history. They are less than 1% Christian. As many as 40% are declared atheists. When you find this, you are going to need to find comfort and help, but they are going to need to know that you still love them. You can do that without saying it’s okay for this to be this way. You can tell them there is help for them, and they do not have to be that way. I didn’t even get into all the ways they are hooking up, and all of the secret apps for the purpose of anonymous sex with grown-ups and many people. I don’t recommend going to these apps. I advise seeing if you can find them on your kid’s phone.

In 2019, Sarasota, Florida Sheriff Dept. put together a list of 21 apps that should not be on your kids’ phones and if there are, there is a big problem.

One way to find hidden apps on a phone is this.

How to Find Hidden Apps in the App Drawer

I noticed that Snapchat shows up about everywhere evil apps are found, by the way. Snapchat is on every list and more as being dangerous times a thousand.

And yet 3 more from the family zone: Ghost accounts, Snapchat tricks, and secret message apps. It shows you how to find them and how they work here:

Finally, a list of fifteen apps to look for by a news outlet that did a story on this in 2019. I wish someone had shown me all of this sooner. Love your kids. They are facing more being thrown at them than we ever imagined.