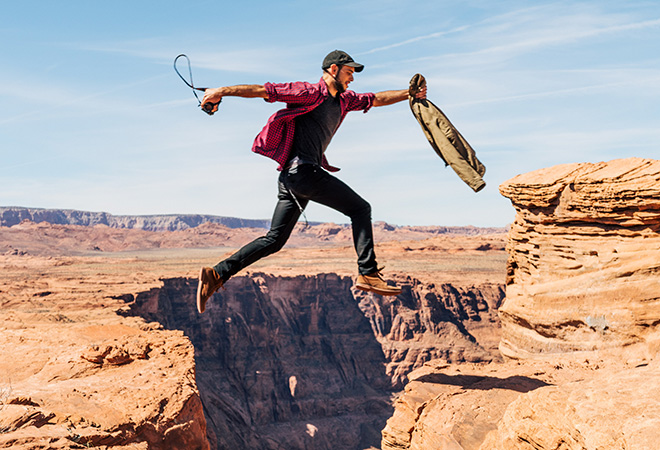 Question 3: Does God heal some by taking them to Heaven?

This sounds great at the outset. When you first hear someone ask the question, it certainly sounds nice. Everyone wins. God wins because He is still a healer. The person wins because he or she isn’t in pain anymore. The preacher wins because he doesn’t have to make up some kind of excuse as to why God doesn’t heal. However, it’s laziness at its finest. It is a weak position. It is a scared, little preacher afraid to say what God’s word actually teaches, settling for a false idea that is so far below God’s best for man that it’s a little dishonest. It’s not just a little dishonest, it’s a downright lie. Preachers who say, “God healed them in His own way. He chose to heal them by taking them on to heaven. They are healed in heaven.” I wonder why we don’t have more stories of Jesus healing this way. Can you imagine Bible stories written this way?

“And as Jesus passed by the town of Caesarea, there met him a man who was greatly distressed for he often passed out due to a rare disease. He had been to many physicians to be cured, but they could not cure him. So they brought the man to Jesus, who having laid hands upon the man, sent him directly to Heaven by killing his physical body on earth. Jesus healed the man by sending him to Heaven after removing his spirit from his earthly body.” Jesus would have been jailed long before He was crucified if He went around killing people so that they might be healed in Heaven. Why pray for healing at all if the person is healed the moment they get to Heaven? Wouldn’t it be better if everyone just died and went to Heaven? Once again, we find ourselves at an impasse. Jesus is the express image of God the Father, and He only did what the Father told Him to do; yet not once did He ever heal someone by sending him or her to Heaven. Jesus seemed rather content with healing people on earth.

What about Lazarus? If Lazarus was healed of his sickness by dying and going to heaven, wasn’t Jesus un-healing him by saying to him, “Lazurus, come forth”? Jesus saw death as an enemy, and so does the Bible: “The last enemy that shall be destroyed is death” (1 Corinthians 15:26).

I will tell you why. Because sickness is evil. That is why! Jesus never had anything good to say about sickness. He didn’t name any angels after sickness, but He named a lot of demons after it. He never cast out healing from a person, but He cast out sickness from a lot of people. I just cannot find any place where Jesus put any sickness on anyone at any time for the purpose of bettering their life. Jesus saw sickness as an enemy that should be destroyed and resisted at all times. Didn’t the Bible teach us in James 4:7 to “resist the devil and he will flee” from us? Then why don’t all people resist sickness since the Bible so clearly teaches that it comes from Satan?

Acts 10:38 tells us that “God anointed Jesus of Nazareth with the Holy Ghost and with power, who went about doing good and healing all who were oppressed by the devil.”

Jesus came and destroyed sickness, sins, demonic oppression, and anything else that kills, steals, or destroys (John 10:10).

Jesus came to give us life and life more abundantly (John 10:10). One translation says that we would live life to the fullest. Does pain, disease, and suffering sound like life to the fullest to you? I don’t think so. There is no evidence at all in the Bible that Jesus healed some by taking them to Heaven. People often say, “God took ‘so-and-so’ home to be with Him.” There are only two times when God took someone home early. First, we have the story of Enoch. Now Enoch was quite old, but for his time period, he was young, but guess what? They never found his body. God took Elijah home also, but he was surrounded by angels in a chariot of fire; his body was never found either. They were raptured up to Heaven, with their bodies fully intact and perfectly well and healed. One day, God will take His Church up to Heaven in the same way. He won’t kill us to take us up to Heaven. He will rapture us up right where we stand.

Is Heaven going to be great? Yes, it is. I look forward to seeing Jesus. I look forward to seeing the place and enjoying my heavenly assignment. I can’t wait to walk on streets of gold. I cannot wait to enjoy the presence of God with his holy angels for all eternity. But not yet. Right now, I have a job to do. If I had died on the sickbed in the hospital, it would have been a lie to tell people, “Well, God healed Chris by taking him to Heaven. It wasn’t the way we wanted it to happen, but it was God’s will.” It would have been all lies. Since that time, many have been saved. Churches have been planted. Many have been healed. Satan wanted to kill me in the emergency room, but I would not let him. I spoke the word of God’s healing power over myself until it manifested itself into total healing. So, no, God doesn’t heal some people through killing them on earth so that they will be healed in Heaven. That is one of the most ludicrous things I have ever heard as an explanation for why healing didn’t come.